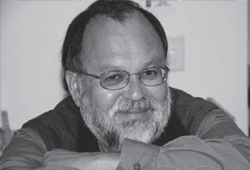 Earning a B.A. in Music Education at Central Washington University, Dennis Haldane has gone on to energize Washington State with his trumpet talents.

Even at a young age, Haldane was a talented trumpet player. "Dennis could hit those high notes. You either have it or you don't," said Norman Wallen, a CWU music professor and a good friend of Haldane.

Nathan Hale High School's music teacher, John Moawad, who would later teach at CWU, inducted Haldane into the high school Jazz band. After graduation, Haldane used his gifts to join the Drum and Bugle Corps in the Seattle area.

Haldane went on to attend college at CWU, where he drew inspiration from professors Robert Panerio and John Moawad. For Haldane, education and music were orchestrated as one.

"John Moawad was the director of jazz and I had him all through college, and before that in high school, so I got a double dose," said Haldane. "Mr. Panerio was a very good professor and showed me how to be a better trumpet player. He did a lot for the school and I had the greatest respect for him."

Now, Haldane has a planned gift in place to benefit the John Moawad Jazz Scholarship and the Robert M. Panerio Sr. Trumpet Scholarship.

"I had such a tremendous experience in my education at Central," said Haldane. "I was able to train as a musician and to enjoy the world of music all the way through school, and ever since. That was my main reason for giving back to the college. The personal gratification that I have gotten over the years as a musician can be directly attributed to Central Washington University."

Dedicated and diligent, Haldane still plays trumpet with various music groups throughout the Seattle area. Although Jazz is his specialty, he performs with Latin, Blues, and Opera groups as well, making him a well-versed musician and instructor.

Music and education have had a profound impact on Haldane's life, and he says not a day goes by that he doesn't use his Central education. He still stays involved with the CWU Department of Music and is happy that he can contribute to it in future.

"In my mind, it's always a good idea to give back," said Haldane. "Some people have favorite charities, or institutions like Central, that they give back to, and it's always a win-win situation to be able to contribute to the greater cause, and to further the program. I've watched the Central music program grow over the years, and there are a lot of good things happening right now."